The first luminaire prototype in the Fagerhult history is Lampen (Swedish accent for "the Lamp").

It has a characteristic shape in the form of a question mark. It was created by Fagerhult's founder Bertil Svensson, in 1943, as a Christmas gift for his mother.

He bought the separate parts (chords, shade, an armor tube and a plug) and assembled it himself. When he saw the joy it brought to his mother, and how much easier it made her late night handicrafts, he came up with the idea of mass producing lamps. 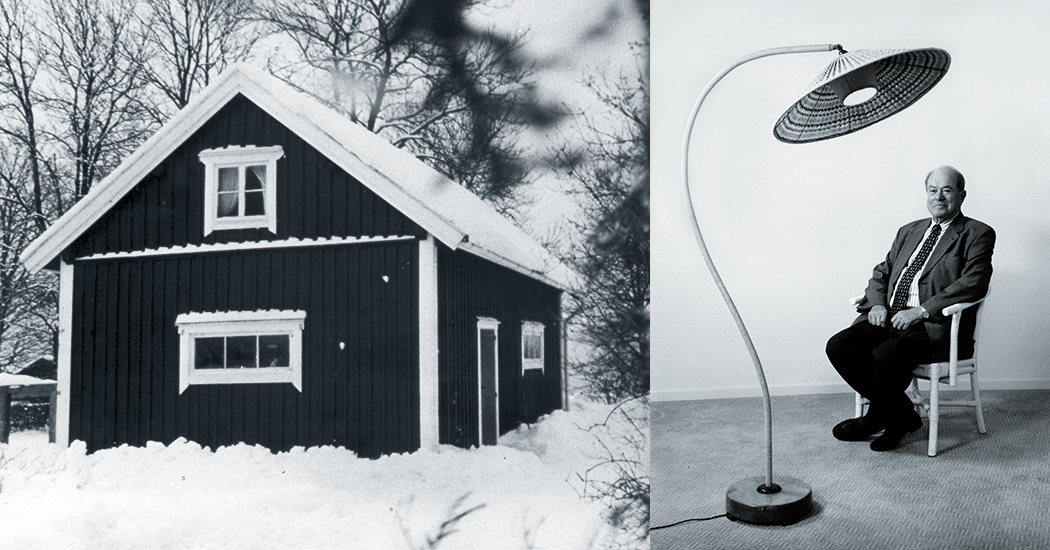 Since this was at the end of Second World War, there were troubles importing the right parts and materials. Quite soon it became clear that it would be more efficient to produce all parts in the factory, than importing i.e. already assembled shades. To keep the costs down, the handmade embroideries of the lamp shades were made at home by needlewomen.

"Lampen" was a success and it soon became the local nickname for the Fagerhult factory.