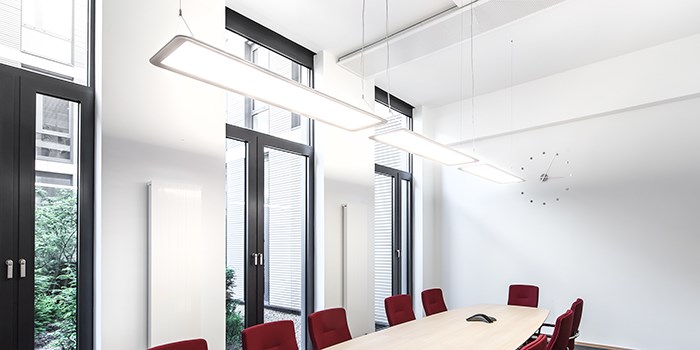 What affects the lifetime of LED-luminaires?

The expected service life depends on a number of factors, including:

• The brand and type of LED.
• The load placed upon it (meaning its operating current).
• The luminaire design with regard to temperature and material selection.
• Choice of ballast (drive unit).
• The environment in which the product is installed

Light depreciation and service life for LED luminaires have traditionally been presented as L80B50 75,000 h or L90B10 50,000 h. The L-value describes the expected luminous flux as a percentage of the initial value when the specified time has been reached and combined with an expected usage time or burn time. This is combined with a B-value.

New way of declaring light depreciation
B-values and number of hours have varied both between products and luminaire manufacturers. This has made it difficult for customers to compare different LED luminaires. To facilitate comparison, Lighting Europe has published a document with recommendations, Evaluating performance of LED based luminaires. The lighting industry in Sweden has agreed to follow these recommendations.
The biggest changes are that B-values are entirely eliminated and that L-values are presented at fixed hours. Fixed hours for L-values follow the most typical applications, 35,000 h, 50,000 h, 75,000 h and 100,000 h. All L-values will relate to the median (i.e. the former B50), which however, is not specified. Times longer than 100,000 h will be avoided. A major advantage of the new method is that the LLMF is automatically obtained.

As with other types of electronics, such as HF-ballasts, service life is affected by their designs, the included electronic components and the temperatures of these.