Nerve pathways from the eye’s retina signal to cells in the brain to stop secreting the hormone melatonin, which is believed to control our circadian rhythm. Interruptions to the circadian rhythm, due to a lack of daylight during the winter months, is considered to be the primary cause of seasonal affective disorder (SAD).

The effect of light on humans

New research has shown that light also affects a recently identified third receptor as well as both the rods and cones. A discovery which has been identified as the missing link between how our health and wellbeing are connected to light.

This receptor affects different hormones in the brain such as the secretion of the sleep hormone melatonin, which is produced at lower light levels or in the dark. Conversely, at higher light levels, the stress hormone cortisol is produced.

In order to gain a greater understanding of how light in our surroundings effects our wellbeing Fagerhult’s Lighting Technology Manager Tommy Govén, in conjunction with Professor Thorbjörn Laike from the Department of Architecture and Built Environment at Lund University, have conducted an application study on the subject.

The study shows that the body is influenced to a great extent by normal ambient light at ± 30˚ in the horizontal line of vision. The most positive effects with regards to human alertness, wellbeing and performance are observed at approx. 100 cd/m² on walls with a horizontal illuminance of 500 lx. 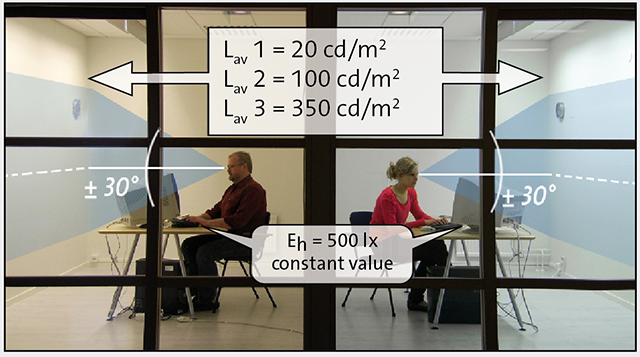 100 cd/m² seems to be an optimal level for vertical ambient light – something which poses questions about current lighting levels in offices, which is usually three to four times lower (20–30 cd/m²).

The study also showed that ambient light influences the stress hormones in the body and alertness in a relatively short time. It is therefore possible, by using algorithmic lighting controls, to change our biological clock over time. For example, in the morning during the dark months of the year, increase activity with more ambient light.

The study clearly shows that the body is influenced to a great extent by normal ambient light at ± 30˚ in the horizontal line of vision. The most positive effects with regards to human alertness, wellbeing and performance are observed at approx. 100 cd/m² on walls with a horizontal illuminance of 500 lx.

How is lighting planning affected?

The discovery that certain elements of light radiation also affect our wellbeing will influence the future design and evaluation of lighting in our rooms.

This may lead to a greater focus on the lighting of our surroundings but also on varying light and its colour over time. This will be especially important in rooms that do not have a supply of natural daylight. Within healthcare, light has long been used for the medical treatment of skin conditions and in order to reduce the effects of SAD (seasonal affective disorder). In the future, lighting planning will be more focused on visual, biological and emotional aspects. 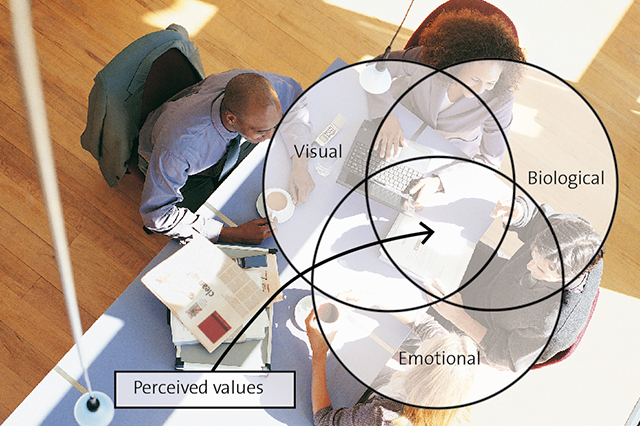 It's a well-known fact of life that light makes us humans feel good. The presence, or lack, of light affects us not just in a visual sense but also biologically and emotionally. Using the right type of lighting we are able to improve our well-being and job satisfaction at work or at school.

Fagerhult have several on-going research projects where we collaborate with universities to continuously increase the knowledge of lighting and how light effects our everyday lives.